Mass and Liturgical Schedule
Always check the calendar as some times DO change!
​

Daily Mass served Tuesday, Wednesday @ 7:00am OUTSIDE the MSU academic year.(late Spring-Summer) Tuesday's change to evening mass when Campus Ministry (RCCM) is in session-see bulletin or our Web Calendar at this site.

No Mass on Thursday

*A funeral will take the place of any daily mass.

Holy Days of Obligation Masses are usually celebrated on the day of the feast in the early or mid-afternoon BUT please check the Calendar or bulletin as this can change.

Reconciliation
The Sacrament of Penance (Confession) is served each Saturday afternoon @ 3:30pm sharp! (3pm on the Saturdays of Lent) Please check the web calendar for changes in the schedule. The Sacrament is not offered on the 5th Saturday of any month. Please be on time. The Sacrament is always available at any time when Fr. Val is in his office! Just call and come on in.

​What is the difference between Confession, Penance and Reconciliation?
Those three names are commonly used interchangeably for the Sacrament in which sins are forgiven.  The Sacrament is called “Confession” because the penitent makes a verbal confession of his or her particular sins.  It is called “Penance” from another element of the Sacrament – the good action that the priest asks the penitent to perform as a token of his or her sincerity, and as a way to bring some good into the world in reparation for the sin committed.  And finally “Reconciliation” refers to the final effect of the Sacrament:  the penitent is reconciled with God and the Church.
What is the origin of this Sacrament?
It is no exaggeration to say that the very reason that Jesus Christ came into the world was for reconciliation:  to reconcile us to the Father and to one another.  The very first message in the New Testament, on the lips of John the Baptist, was:  “Repent, for the kingdom of heaven is at hand!” (Matthew 3:2)  After the death of John the Baptist, this message was taken up by the Lord Jesus.  During His life on earth, the Lord forgave the sins of various people He encountered.  And after His Resurrection, he told His Apostles to preach repentance for the forgiveness of sins in His name to all the nations. (Luke 24:47)
Why do Catholics confess their sins to a priest?
This is founded on the clear instruction of the Lord.  After His Resurrection, the Lord appeared to His Apostles, breathed on them and said:  “Receive the Holy Spirit.  Whose sins you forgive are forgiven them, and whose sins you retain are retained.” (John 20:22-23)
Why can’t I just as well confess my sins directly to God?
Christ instituted the Sacraments as He did because we are physical creatures living in a visible world.  We know by seeing and hearing.  All of the Sacraments involve an actual encounter with a person who speaks and acts in the name of Christ (in most of the Sacraments, a priest) so that we can know what is happening.  In most of the Sacraments, no one objects to that.  For example, no parents ever want to internally ask God to give their new child the grace of rebirth; they want the priest and the water and the words, because then they know their child has been baptized.  Only in regard to Reconciliation are people inclined to become very “spiritual” and want everything to be internal, and only between them and God.  This is on account of our pride – which is also the root of every sin.  Humility is the way back to God; and the confessional is a great school of humility.
How do I prepare for Confession?
Before actually approaching the Sacrament, one makes an “examination of conscience.”  This is the effort to recall one’s sins – I look to see what is “on my conscience.”  It is often helpful to do this by using a published guide that reminds us of the range of typical sins.  There are many versions of such guides – often based on the Ten Commandments.

Mon, Tues, Wed: 10a-2p.Our parish office is closed on Thursday and Fridays.
We proudly participate in...You can too!-click the image.
Available tickets  can be purchased at the welcome desk after masses this weekend.

PLUS weekly Lenten content set to you via FLOCKNOTE, our parish communication platform

All registered parishioners are invited to join our mailing list as well as select ministries you may be interested in joining.  Just text RUP to 84576 and register. JOIN THE GROUP Resurrection Parish Members. Click below or fill in the handy registration template below. 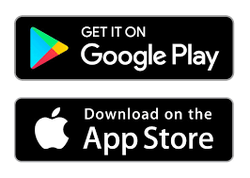 Keep in touch with Resurrection Universal Catholic Parish  and the universal Catholic Church.  Daily readings, mass times, bulletin, parish calendar, direct links to assorted homilies and reflections by noted Catholic speakers like Bishop Robert Barron and and others.  Links to online-giving and other stewardship opportunities. Best of all it is FREE.  Learn more by clicking HERE.  Download the app by texting App to 88202, then..
​
1.Download myParish App
2. Select our Parish (Resurrection University Parish) after opening.

Our Stained Glass Windows were locally designed and built.
​See the video below.

Check out our new ALLEN ORGAN

Learn more about this amazing instrument, and hear the demos online at:

The basics of an electronic Allen Organ

This instrument will support all "styles" of music at Resurrection University Parish. From classic organ to accompany psalmody, rich processional and recessional hymns, choral accompaniment; it will also support the most contemporary liturgical music with piano, echoes, bells, and string sounds.  Each liturgy, wedding, or liturgical celebration can offer the fullness of Catholic worship music with this instrument.  Have a listen!

find us in the "Discovery Map"-click below

Saint of the Day-click here!